One year of waking up early early is in the books!!!  It is crazy that it has been a year.  Last week marks the first week that I began waking up at 3:45 a.m. - 4 a.m. a year ago, the reason why I did it... well to explain that there is no better resource than looking back on the blog I wrote last December on why I had begun to wake up early... so check that out here - WHY ARE YOU WAKING UP EARLY BLOG POST (CLICK TO READ)

Did I sleep in ever this year???  So the first question that everyone is going to ask did you really go every day for the year?  I do not wake up this early on Saturday and Sunday's and Thanksgiving/Christmas.  And I can count on two hands the amount of days that I didn't do this during the whole year.  Four of which have been since we moved to South Carolina.  I slept in the following the three days after we moved (July 3rd - 5th) and I slept in the day after the Virginia Tech/Georgia Tech game of this year till 5:45.  One of the days I am counting, I woke up got out of bed and went out to my couch and fell right back to sleep, so not counting that.  And the only other time was the ONE time the whole year that I actually didn't get out of bed when the alarm went off.

I believe the real question is NOT how many days have I slept in during this year?  But from the first blog post about it, have I really kept up the Purpose, Passion, and Motivation?

I would answer that question with a resounding YES!
This change in my life has grown me in my:
Faith - By allowing me the one on one time with the man upstairs that I really need everyday.  It has given me time for prayer, time for reading the Good News, certain Bible Studies, and even reading several books to help my growth.  The one thing I do know is that I wouldn't be able to wake up this early every morning without knowing my real PURPOSE of it - to grow in my Faith! God has allowed that change through this time and I thank him for it every morning when I wake.  If someone were to begin waking up this early every day I don't believe they could hold on to it if they did it for themselves as it would be hard with self centered intentions, but knowing He is with me and I am doing it to bring him glory it gets me out of bed every morning! 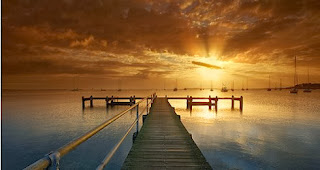 Twitter posts - Well what started with #RiseAndGrind as I am sure some of you all remember.  Changed in 2013 to #WakingWithPurpose.  As I felt that the real reason I was waking up early was for PURPOSE and and I am not sure if prayer time/devotions/reading are considered "grinding".  To stay on the topic of Twitter, it has been an interesting ride, when I first started waking up early I really felt that twitter was a great way to spread some positivity and some of the Biblical values that I try to live every day by to help lift others up so they may be able to find his/her Purpose.  I reached a point about 6 to 7 months in that I was forcing this.  Thinking I needed to do this just so someone would re-tweet it or favorite it and I started to lose why I began to do it in the first place.  It started to become self centered, so that is why my tweeting in the morning slowed a little bit, but at the same time, whatever and whenever I was tweeting in the morning has become way more sincere and from my heart instead of just doing it to do it, it comes back to having that real PURPOSE behind it!

Family - I am going to let Morgann have a guest post on here soon to let her share what has been her perspective of me waking up early and how she believes it may have changed our marriage and growth as a couple.  So expect that post in sometime late November/December.

Will I continue to do it?  ABSOLUTELY!  Anything that I believe you can look back on in life and see that it is growing you spiritually in your faith in a positive direction, only helping your marriage in a positive way, and ultimately making life have PURPOSE through my faith, why wouldn't I?


Proverbs 6:4-11 - "Allow no sleep to your eyes, no slumber to your eyelids...Go to the ant, you sluggard; consider its ways and be wise! ... How long will you lie there, you sluggard?  When will you get up from your sleep?  A little sleep, a little slumber, a little folding of the hands to rest and poverty will come on you like a bandit and scarcity like an armed man."